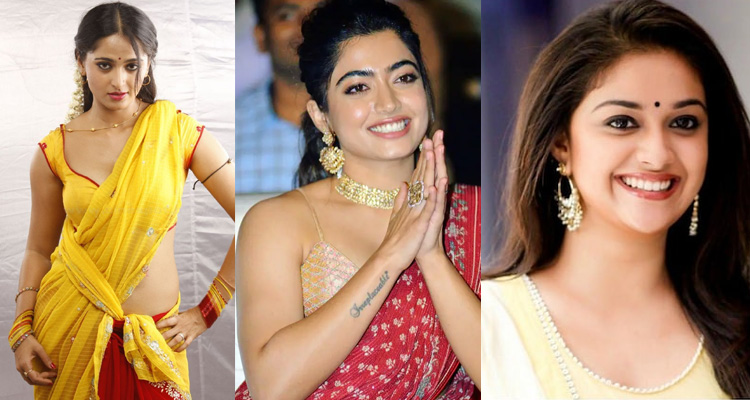 Bollywood is the second biggest industry after Hollywood. Bollywood is home to a plethora of stunning actresses from all ethnic backgrounds.

A few actresses who began their careers at an early age are now well-known for not only their beauty but also for their acting abilities, fashion sense, and personalities. And we must admit that getting to where they are now has taken a lot of hard work and effort.

Let us now take a look at some of the most beautiful Indian actresses who are winning hearts all over the nation!

When it comes to Alia Bhatt, the terms “Bold”, “fierce”, and “adorable” spring to mind. We saw her in her film ‘Highway’ in her natural state, and she looked stunning. Alia has acted in dozens of films, including Highway, 2 States, Kapoor & Sons, Dear Zindagi, and Raazi, and is known for her tough and captivating performances.

Iconic beauty and multi-talented actress, Aditi Rao Hydari carries royalty and grace effortlessly. Aditi rose to prominence after starring in the 2011 film ‘Yeh Saali Zindagi.’ Since then, she has won several awards for her roles. She went on to star in films like ‘London, Paris, New York’, ‘Murder 3’, and ‘Guddu Rangeela’.

Priyanka Chopra is known as a singer, film producer, and renowned actress in both Hollywood and Bollywood. Her fame skyrocketed after winning the Miss World Pageant in 2000. This Desi Girl is well-known not just in India but also globally for her beauty and remarkable talent. She is recognized for Bollywood films such as Fashion, Aitraaz, Barfi, and others, as well as Hollywood series and films such as Quantico, The Matrix, and others. This beauty of Bareily has been awarded the Padma Shri in 2016 and is a committed humanitarian who has worked with UNICEF since 2006.

Despite being labeled as an ‘outsider’, she has now earned the love and well-deserved recognition from the audience by working hard and establishing herself as a star. With her gorgeous smile and top-notch dancing skills, Katrina has a knack for grabbing the limelight even in male-dominated films. She is famously known for her films like Namaste London, Zindagi Na Milegi Dobara, Rajneeti, and more.

‘Rab Ne Bana Di Jodi,’ a 2008 romantic comedy film, marked Anushka Sharma’s cinematic debut. She was nominated for a ‘Filmfare Award’ in the Best Actress category for her work in the film, which was a major success. Since then she has never looked back and continued to deliver hit movies like PK, Ae Dil Hai Mushkil, Jab Tak Hai Jaan, Patiala House, and more. She also supports several organizations and causes, including animal rights and gender equality.

Kareena Kapoor, popularly known as Bebo, is regarded as one of Bollywood’s most popular actresses. As an actor, she is noted for widening her horizons and taking on challenging roles. She made her film debut in ‘Refugee’ (2001), which gained praise for her acting abilities and earned her the Filmfare Award for Best Female Debut. Some of her best movies are 3 Idiots, Jab We Met, Kabhi Khushi Kabhie Gham…, among others.

Aishwarya Rai Bachchan is a gorgeous Indian actress and model, globally recognized for winning the Miss World Pageant in the year 1994. She has also been featured by Vogue. She has been a part of Bollywood for more than 20 years now. Aishwarya has also worked in some Hollywood movies. Bride & Prejudice, The Last Legion, and The Pink Panther 2 are some of the Hollywood movies she has acted in.

She has been considered one of India’s highest-paid actresses owing to her versatility and portrayal of powerful women in female-centric films. She, like any other successful actor, has had a few failures and has been the subject of criticism from time to time, but the actress has always come back stronger than before. Some of her best movies are Queen, Gangster, Fashion, and more.

Sonam Kapoor is one of Bollywood’s most well-known actors, appreciated for her gorgeous looks and incredible talent. She is known in Bollywood as the “Queen of Fashion,” and she is known for her daring and innovative fashion statements. Some of her hits include Raanjhanaa, Delhi 6, Neerja, I Hate Luv Stories, among others.

Shraddha Kapoor is a well-known Bollywood actress as well as a singer. Shraddha’s fame skyrocketed after she portrayed the character of Arohi Keshav Shirke in the romantic musical Aashiqui 2. In 2016, Forbes magazine named her one of the most successful Asians under 30. Among her well-known movies are Ek Villian, Stree, and Haider.

Taapsee Pannu has effortlessly delivered multiple Powerhouse performances. Her filmography is extensive and diverse, spanning several languages. Known famously for Hindi films like Baby, Pink, Judwaa 2 and, Soorma, she has also acted in Telugu, Tamil, and Malayalam films. Taapsee is regarded as one of the industry’s most brilliant and dedicated actresses.

This gorgeous Sri Lankan-born actress, Jacqueline Fernandez found commercial success in 2011 with the movie Murder 2. After that, she has starred in many hit films including Race 3, Kick, Judwaa 2, and Dishoom. Besides acting, she is well-known for being actively involved in humanitarian and animal welfare causes.

Kriti made her Bollywood debut in the action-romance film ‘Heropanti,’ co-starring Tiger Shroff. Despite receiving mixed reviews, the film was a commercial success. For her performance, Kriti received a ‘Filmfare Award for Best Female Debut.’ She has starred in several notable films including Bareily ki Barfi, Luka Chuppi, Raabta, etc.

Be it the brave and strongminded Dimple from Shershaah or sweet and timid Preeti from Kabir Singh, Kiara Advani has effortlessly captured the hearts of the audience by playing a variety of roles. Her other notable works include Good News, Lust Stories, and Guilty. Her upcoming projects like Jugg Jugg Jiyo and Bhool Bhulaiyaa 2 are awaited by the audience with great excitement.

Tara Sutaria began her career as a child artist when she was 15 years old, appearing in the Disney sitcoms The Suite Life of Karan and Kabir, Oye Jassie, and Big bada boom. The actress made her Bollywood debut in the film The Student of the Year 2, directed by Karan Johar. She is also a singer in addition to being an actress. Tara began singing at the age of seven. She has competed in several national and international singing competitions.

Sushmita Sen won the title of Miss Universe back in 1994. However, her timeless beauty continues to charm us all. After winning hearts by modeling she successfully tried her hand at acting as well. She has appeared in films from both Bollywood and the South. Some of her most loved performances were in movies Main Hoon Na, Maine Pyaar Kyun Kiya, and Biwi No.1. Recently she starred in the web series Aarya and again delivered a mind-blowing performance.

Famous for Sacred Games and Lust Stories, this gorgeous lady is well-known for her versatility and fierceness. Radhika Apte is a Hindi film actress who has also starred in some of the Tamil, Marathi, Telugu, Bengali, and English films. She has appeared in several notable Hindi movies like Padman, Andhadhun, Lust Stories, and more.

Owing to her wonderful acting skills and charming personality, Sara has successfully created a special place in the hearts of her fans. Fans admired her performance in movies like Simba, Kedarnath, Atrangi Re, and Love Aaj Kal 2.

She was already a well-known model before making her acting debut in the Telugu film ‘Loafer’ (2015). Disha is famously known for playing Priyanka Jha in the Bollywood film “M. S. Dhoni: The Untold Story”. Some of her other famous movies are Malang, and Baaghi 2.

This was our compiled list of the Top 20 Most Beautiful Indian Actresses. We hope you found this article informative and interesting. If you wish to add something to this article, please let us know in the comment section.