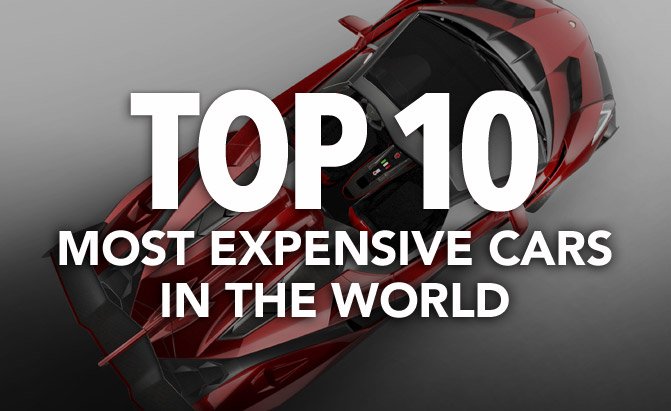 Have you ever thought of how expensive cars can be? Our attention today is to have a look at the 10 most expensive cars in the world. But did you that in the year 1985 there were only two cars in the state of Ohio but they still crashed?

This is indeed an unbelievable fact. But our attention today as earlier stated is to have a look at the 10 most expensive cars in the world and you will be amazed it runs into millions of dollars. As I always say, some things are indeed for the rich only. Only the rich can afford such luxuries.

What will you be getting after paying $3.9 million for the latest Bugatti Chiron? And you will be amazed it has more than 1,500 horsepower and has a high speed of 273 mph. Another unique thing about the car is that it’s only limited to 30 units. Only 30 of the Bugatti Chiron will be produced hence making the car really scarce and something only the super-rich can afford. And so there you have it; a look at the 10 most expensive cars in the world wouldn’t be complete without the Bugatti Chiron Super sport.

This Lamborghini brand is believed to be the most luxurious car ever built by the company and to get hold of the only 15 units ever manufactured, you need to be coughing $4.5 million for one.

It has a horsepower of 740 and a very unique engine; the Aventador’s 6.5-liter V12 engine.

The Koenigsegg CCXR Treviat car comes in eighth as the most expensive car in the world. Its diamond spray makes it very unique. The Koenigsegg is powered by a twin-turbocharged 4.8-liter V8 with 1,004 horsepower and 797 pound-feet of torque. Only 3 units were manufactured and so anyone who purchased it is driving a really rare car.

Only 40 units of the Bugatti Divo were manufactured and to have one in your garage, the asking price is $5.8 million making it the seventh most expensive car in the world.

You have to certainly agree with me on the fact that anything from the camp of Mercedes is indeed seen as class. And that is what the Mercedes-Maybach Exelero has to offer.  The Mercedes company based the Exelero on the Maybach’s chassis and equipped it with the same twin-turbo V12 engine that generates 690 horsepower (510 kilowatts) and 752 pound-feet (1,020 Newton-meters) of torque.

But it appears if you need this classic car, you need to have $8 million in your pocket.

Only 10 of the Bugatti Centodieci were produced this year hence it’s very rare. With a horse power of more than 1,577, one needs $9 million to have his or her hand on this car.

To consider having this type of Rolls Royce in your garage then you have close to $13 million in your account. The Rolls-Royce Swepatail costs a whopping $12.8 million and it was released in 2017. What makes it unique is the fact that it has power-operated doors, a luxurious cabin, and plenty of space for the driver, passengers, and even storage.

The most expensive car in the world on our list is the 1963 Ferrari 250 GTO which cost a whopping $70 million. Some might be wondering what makes this car very really and I believe you will be shocked to know this 250 GTO won the Tour de France Automobile in 1964, marking Ferrari’s ninth consecutive victory in the series.

Just 36 of these cars were manufactured between 1962 and 1963, and the one that is the most expensive in the world, at an incredible $70,000,000, won both the Tour de France and the Le Mans. According to Ferrari historian Marcel Massini, the car was purchased by an American businessman, who considered it one of the world’s best three GTOs.