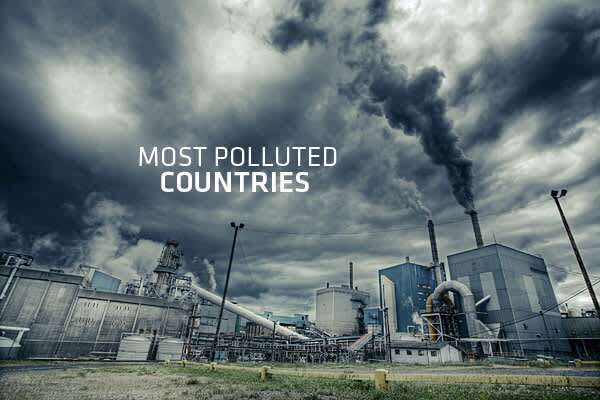 The best indicator that is used for assessing health impacts that result from air pollution is PM2.5 and measuring the concentration of air pollution is in (ug/m3) micrograms per cubic meter of air.

Therefore let have a look at countries with some really bad air pollution record when it comes to PM. According to research, more than 3 million people died from respiratory diseases related to air pollution.

India is on the list as well. The second most populous country in the world with a population of more than one billion has its population been the main factor of air population as emissions from cars and industries make their air really unsafe for breathing.

It is believed there are 6 cities in India that are ranked among the most polluted cities that have the highest level of air pollution in the world and these cities are Delhi 1st, Patna 2nd, Gwalior 3rd, Raipur 4th, Ahmedabad 5th and Lucknow which is the 10th most polluted city in the world. Air pollution in India is caused by vehicle emissions, industrial emissions, construction sites and high population.