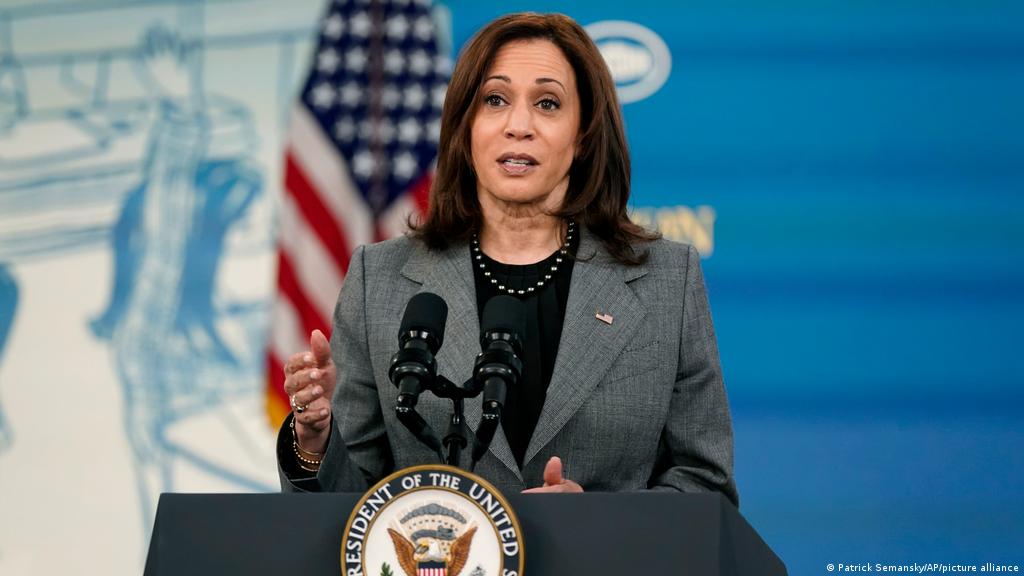 When Kamala Harris is inaugurated as vice president of the United States on January 20, she’ll be making history as the first female, first Black and first South Asian to hold the office. “While I may be the first woman in this office, I will not be the last,” the former United States Senator from California promised a Wilmington, Delaware crowd while delivering her November victory speech. “Because every little girl watching tonight sees that this is a country of possibilities.”

The culmination of Harris’ historic run with President Joe Biden first began with her own bid for the 2020 Democratic beginning in January 2019. Through the numerous debates and media appearances that followed, voters learned plenty about Harris’ political views and values, but here are 10 things you might not know about the vice president:

She is the daughter of Jamaican and Indian immigrants

Harris was born at Oakland, California’s Kaiser Hospital on October 20, 1964, toIndian American immigrant and breast cancer researcher, Dr. Shyamala Gopalan and Jamaica-born Donald Harris, an emeritus professor of economics at Stanford. The couple met as doctoral students at the University of California at Berkeley in the fall of 1962 and married the following year.

“I came to study at UC Berkeley. I never came to stay,” Gopalan told a reporter for SF Weekly in 2003. “It’s the old story: I fell in love with a guy, we got married, pretty soon kids came.” The couple later divorced in 1972, and Gopalan raised Harris and her younger sister Maya.

Her name is a nod to her Indian heritage

Dr. Gopalan gave her daughter the name Kamala, which means “lotus” in Sanskrit and is another name for the Hindu deity Lakshmi, in part, to help preserve her cultural identity. The vice president’s middle name, Davi, translates to “goddess” in Sanskrit, another tribute to the Hindu religion. “A culture that worships goddesses produces strong women,” the late Gopalan told the Los Angeles Times in 2004.

She has a long history of activism

A 2004 Los Angeles Times profile recounted a favorite family story that began with Harris joining in protest chants from her stroller while her parents marched for civil rights in Oakland and Berkeley, California. Following one march, Gopalan innocuously asked the toddler, “What do you want, Kamala?” Her response: “FEE-DOM!”

Later, when she was 13, Harris and her sister, Maya, led a demonstration in front of their Montreal apartment building in protest of the policy that banned children from playing on the lawn. The owners eventually reversed the policy.

She loves to cook

“As a child, I remember hearing the pots and smelling the food, and kind of like someone in a trance, I would walk into the kitchen to see all this incredible stuff happening,” Harris recalled in a May 2020 Glamour interview. “My mother used to tell me, ‘Kamala, you clearly like to eat good food. You better learn how to cook.’”

That’s exactly what she did, and, now, the politician regularly shares her culinary skills, recipes, and love for Sunday dinners on social media. In 2019, she and actress Mindy Kaling made masala dosa together in a campaign video, and Harris also taught fellow senator Mark Warner how to properly make a tuna melt in an online video.

When sharing her recipe for “Kamala’s Cornbread Dressing” on Thanksgiving 2020, she tweeted, “During difficult times I have always turned to cooking. This year, I wanted to share one of my family’s favorite Thanksgiving recipes with you. I hope whenever you’re able to make it in life, it brings you as much warmth as it has brought me — even when separated from those I love.”

While running as a Democratic candidate for president in 2019, Harris was the first to respond to Book Riot’s request for her favorite books and/or those that have been most influential in her life. She listed five: Native Son by Richard Wright, The Kite Runner by Khaled Hosseini, The Joy Luck Club by Amy Tan, Song of Solomon by Toni Morrison and The Lion, the Witch and the Wardrobe by C.S. Lewis.

She was a member of the Alpha Kappa Alpha sorority

While attending Howard University in 1986, Harris joined the HBCU’s chapter of the Alpha Kappa Alpha (AKA) sorority, the first established Black Greek Letter Organization for women. One way Harris honored her ties to the Divine Nine — the council of the nine historically Black fraternities and sororities — on the campaign trail was by wearing a string of pearls, which represents the sorority’s 20 founders and incorporators.

“What you learn at an HBCU is you do not have to fit into someone’s limited perspective of what it means to be young, gifted and Black,” she said during a 2018 interview on Power 105’s syndicated radio show The Breakfast Club.

In 2009, Harris, who was elected as San Francisco’s district attorney six years earlier, published her first book, Smart on Crime: A Career Prosecutor’s Plan to Make Us Safer, which focused on criminal justice reform.

Ahead of the launch of her 2019 presidential campaign, Harris introduced voters to her values in The Truths We Hold: An American Journey, which included a blend of career highlights and personal philosophy. “A patriot is not someone who condones the conduct of our country whatever it does,” she wrote in an excerpt from O. “It is someone who fights every day for the ideals of the country, whatever it takes.”

Also in 2019, she released an illustrated children’s book, Superheroes Are Everywhere, which was geared toward readers aged three to seven. In the book, she wrote about how heroism is more about choice and character than capes. “Heroes stand up for what is right. Who stands up for what is right in your life?” the book poses, while introducing kids to the heroes of Harris’s life, per O.

She accomplished several firsts in California

She and Beau Biden were friends

Prior to becoming President Biden’s running mate, Harris first met the former vice president through his late son, Beau, who died of brain cancer in 2015. The pair became friends while Harris was California’s Attorney General, and Beau served in the same position for the State of Delaware, namely connecting over their work during the Great Recession of 2008 and the 2011 housing crisis.

“I learned quickly that Beau was the kind of guy who inspired people to be a better version of themselves,” she said in a 2020 speech. “He really was the best of us. And when I would ask him, ‘Where’d you get that, where’d this come from?’ he always talked about his dad.”

When Harris and Doug Emhoff married in 2014, she officially became stepmom to his children, Cole and Ella (with film producer Kerstin Emhoff). She and the kids agreed they didn’t like the term “stepmom,” however, and instead came up with the name “Momala.” In a May 2019 Elle essay, Harris called Cole and Ella her “endless source of love and pure joy,” adding, “I can say one thing with certainty, my heart wouldn’t be whole, nor my life full, without them.”

Kamala Harris also been a strong role model for her niece, Meena Harris, a Harvard-educated lawyer who published the children’s book, Kamala and Maya’s Big Idea, in early 2020. Meena’s two young girls also look up to their great aunt, and following Harris’ 2020 election win, a video of Meena’s daughter, Amara, sitting on the vice president’s lap went viral. “You could be president,” Harris told her great-niece. “But not right now — you have to be over the age of 35.”