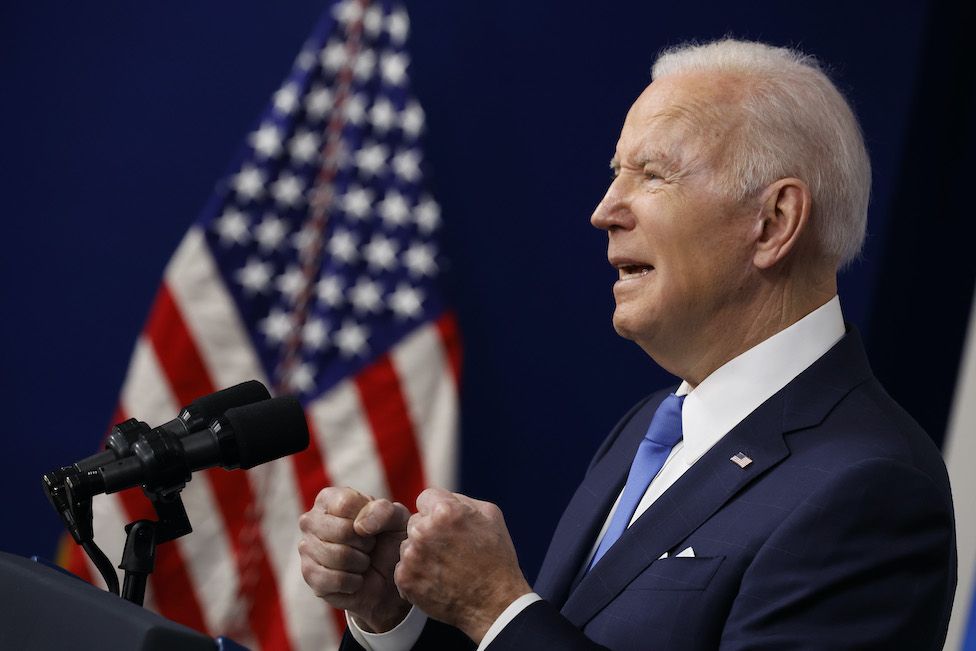 First elected to office in 1972, Joe Biden has been in the public eye for nearly half a century. Having served in the United States Senate for 36 years, followed by two terms as vice president under Barack Obama, he’s no stranger to American voters, who elected him as the 46th President of the United States in November 2020.

Often the subject of viral memes about his perceived “bromance” with Obama, or the signature aviator sunglasses he’s worn since he was a lifeguard in the 1960s, the father of four (Hunter, Ashley, and late children Beau and Amy) is as much recognized for his landmark career legislation, including the 1994 Violence Against Women Act, as he is for his relatable blue-collar roots. Here are 10 more facts you might not know about the president:

He overcame a childhood stutter

Growing up in Scranton, Pennsylvania, Biden has said he suffered merciless bullying over a “debilitating” childhood stutter. “I can think of nothing else that has ever stripped me of my dignity as quickly and as profoundly and as thoroughly as when I stuttered in grade school,” he said in a 2008 speech to the American Institute for Stuttering.

As he wrote in his 2008 memoir, a teacher, who was also a nun, even made fun of him, calling him “Mr. Bu-bu-bu-Biden,” leading him to walk out of class one day. His mother, Catherine Finnegan Biden, later confronted the teacher, he said, telling the woman, “If you ever speak to my son like that again, I’ll come back and rip that bonnet off your head.”

Biden has explained he overcame the stutter by reading and reciting Irish poems, including those by William Butler Yeats, in front of a mirror to monitor and control his facial distortions. To this day, he can still recite long passages of Irish poetry from memory.

He was a high school football star

During his senior year at Delaware’s Archmere Academy in 1960, Biden, who played wide receiver and halfback, was a leading scorer on the private Catholic school’s undefeated football team. “He was the guy that was the main pass catcher,” one of his teammates, Michael Fay, recalled to The New York Times in November 2020. “We were seniors in 1960, so throwing the ball was almost a mortal sin. But he caught seven or eight touchdown passes in eight games, which was a lot for back then.”

In 2008, Biden’s former coach E. John Walsh described Biden as skinny, “but he was one of the best pass receivers I had in 16 years as a coach.”

He has two dogs

Come January, Biden’s two German Shepherds, Champ and Major, will be joining him and wife, Jill Biden, in the White House. The Biden family rescued Major from the Delaware Humane Association as a puppy in 2018. Now 12 years old, Champ, who was named by their grandchildren, has already spent plenty of time in the White House, joining the family in Washington, D.C. during his time serving as vice president under former President Obama.

Champ and Major may also share their new home with a feline. After Dr. Biden hinted she’d “love to get a cat,” if her husband was elected president, CBS Sunday Morning’s Jane Pauley reported in late November 2020 that the plan to adopt a cat was already in motion.

Biden’s father, Joseph Biden Sr., a one-time car dealership manager, financed a green 1967 Corvette Stingray for him as a wedding gift, and the president still drives the car. His sons even had the engine rebuilt as a Christmas gift. “I love this car. Nothing but incredible memories,” Biden said in an August 2020 Twitter video. “Every time I get in, I think of my dad and Beau. God, could my dad drive a car.”

According to Politico, Biden remains a “genuine gear-head” and subscribes to Car and Driver alerts on his iPhone.

Once inaugurated, Biden, who carries Beau’s rosary in his pocket and regularly attends Sunday Mass, will become the United States’ second Catholic presidentafter John F. Kennedy. During his November 2020 presidential victory speech, he referenced the Catholic hymn “On Eagle’s Wings,” which he said was important to his family and his late son Beau, who died of brain cancer in 2015.

“It captures the faith that sustains me, which I believe sustains America. And I hope and I hope I can provide some comfort and solace,” he told the crowd before reciting lines fro

He ran for president three times

Biden launched his first presidential bid in 1987, before dropping out of the race later that fall. At the time, his campaign had become plagued with scandal after a video surfaced of Biden giving a speech at the Iowa State Fair in which he quoted U.K. Labour Party leader Neil Kinnock without attribution.

“When I stopped trying to explain to everybody and thought it through, the blame fell totally on me,” he wrote of the plagiarism accusations in his 2008 memoir Promises to Keep: On Life and Politics. “Maybe the reporters traveling with me had seen me credit Kinnock over and over, but it was Joe Biden who forgot to credit Kinnock at the State Fair debate.”

m the song. “And he will raise you up on eagle’s wings, bear you on the breath of dawn. Make you to shine like the sun and hold you in the palm of his hand.”

He was sworn into the United States Senate in a hospital

Following the December 1972 car accident that claimed the lives of his first wife, Neilia and 13-month-old daughter, Naomi “Amy” Biden, the newly elected United States Senator was sworn into office in January 1973 at the bedsides of sons Beau and Hunter, who were badly injured in the crash. Then 30 years old, Biden was one of the youngest senators to be elected, though he’d considered stepping down following the tragedy.

Majority Leader Mike Mansfield eventually convinced him to reconsider, and the Senate passed a resolution allowing him to be sworn in at the Delaware hospital. Even so, the then-single dad vowed that he’d resign if his Senate duties took too much time away from Beau and Hunter, and even commuted to Washington on Amtrak. “They can always get another Senator, but my boys cannot get another father,” Biden said.

He later ran for the 2008 Democratic nomination before dropping out after finishing in fifth place in the January 2008 Iowa caucuses. Then-Senator Obama announced Biden had joined his ticket in August of that year.

On his third run, Biden and running mate Kamala Harris were elected to the presidency and vice presidency, respectively in November 2020.

He and President Obama had weekly lunches

While serving as former President Obama’s vice president, the friends would meet for weekly lunches. As part of their partnership, Obama agreed that his VP would always be the final person he’d speak to before making a big decision. In turn, Biden made a loyalty pledge, per The New York Times. “You make a decision, and I will follow it to my death,” Biden said, according to his friend and advisor Ted Kaufman.

Before leaving office in 2016, Obama referred to his decision to tap Biden for the vice president role as the “single best decision” he’d made, and awarded him the Presidential Medal of Freedom.

He screams for ice cream

“I don’t drink. I don’t smoke. But I eat a lot of ice cream,” Biden said in 2016 of his well-documented favorite snack. Eater reported in April 2020 that his presidential campaign had even spent $10,000 on ice cream — though they were gifts to campaign donors.

During the virtual 2020 Democratic National Convention, several of Biden’s seven grandchildren appeared in a pre-recorded video describing his love for the frozen dessert. “He’s always eating ice cream,” they said, joking that he hides his Breyer’s chocolate and vanilla tubs so “grandma doesn’t see.” After accepting the Democratic nomination, his eldest grandchild, Naomi, shared on social media that they’d gifted him a pint of ice cream. “Pop, tonight you eat from the box,” their note read.

His favorite movie is ‘Chariots of Fire’

In 2008, the president told Katie Couric that the 1981 British historical sports drama Chariots of Fire was his favorite. “The thing about it, there is a place where someone put personal fame and glory behind principles,” he said. “That to me, is the mark of real heroism, when someone would do that.” Biden added that one of his favorite scenes is one in which one of the film’s main runners refuses to race on a Sunday due to his religious beliefs.

Here’s How Much Joe Biden Is Worth

Joe Biden earned $17.3 million over the four years he was out of office, but his net worth is only an estimated $8 million.